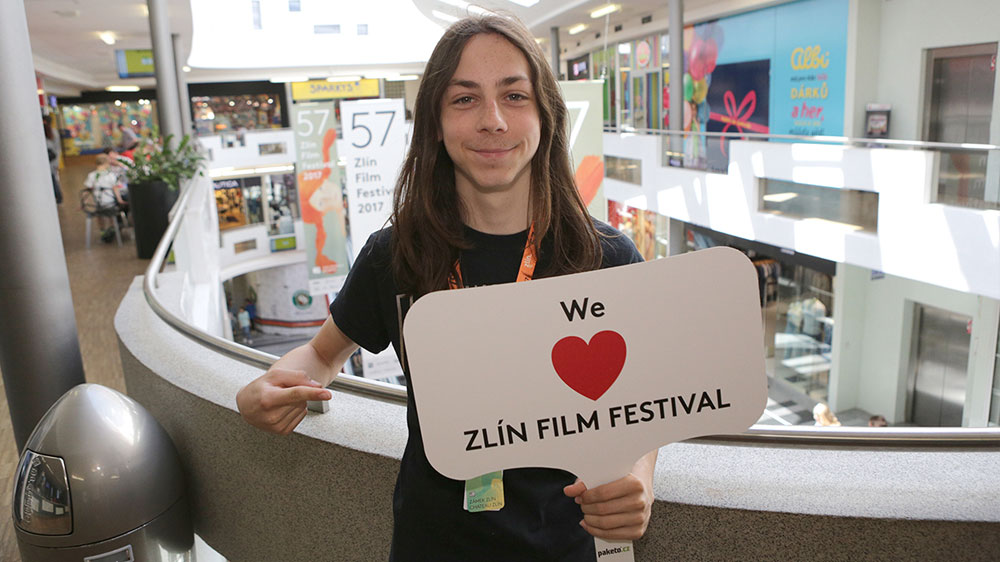 You are coming to Zlín as our Young Star. And you are a young rising star in Germany…. But can you please introduce yourself to your fans here in the Czech Republic as their peer? What do you like beside shooting films,…?

Hi to all people in the Czech Republic! I'm Tristan Göbel, I live near Berlin on a little farm. I'm 14 years old and feel very honoured to be invited to Zlin. I love beeing outside in the nature, we have many animals, sometimes I go riding. I like to listen to music , specially hardstyle. I also like playing video games and I play the violin.

In 2015 your co-actor from Winnetous Sohn Lorenzo Germano was a guest of Zlín Film Festival. How do you remember this film? And how is this legend Winnetous taken by young people like you? Do they know this series – book or films?

Winnetous Sohn was the last film where I was a real child. It was great fun because there were many children on the set so we were messing about and running around a lot. My sister Gwendolyn also had a little role in the film and she and my mum were there most of the time,it was in the summer holidays and so it was like a holiday. Most of my schoolmates don't know the character of Winnetou, only if their parents have been fans and told them about.Thats how it is in my case: my mum is a great Winnetou-fan and was very exited that I played in this film.

Goodbye Berlin is a great rebel road movie with lots of fun. How was the cooperation with Anand? Are you still friends?

Anand and me didn't know each other before the film Tschick. It was his first film but with the help of everybody he learned very quickly and we had a very good time. Also shooting with Fatih Akin was super,he's so cool!!! Anand and me are still friends and we see each other quite often.

Did you identify with your character Maik. How close was he to yourself?

I could put myself quite good into the character of Maik Klingenberg,I like playing Outsider-roles .I'm not like Maik in real life and I have my schoolmates and friends and all.

What was the funniest scene? Or was there any dangerous scene?

The funniest scene was where we threw all the furniture in the pool, in normal life you would'nt really do that! It was never dangerous in particular, they looked well after us.Maybe the scene with the bike and the policeman,because I had to drive over cobbled stones very fast.And swimming in the lake was very cold,it was the end of october!

You have two films here in Zlín. The second one is Bright Nights which is a different genre. Do you like playing more serious parts or are you happy about comedy films?

I don't really mind if it's a funny or a serious role but I like playing different characters from mine,put myself into differnt people and different lives,which is exiting and in acting you have the chance to do that, in normal life you only have one...

Are you going to continue in acting?

Yes, I really would like to. But I also want to finish my school.... 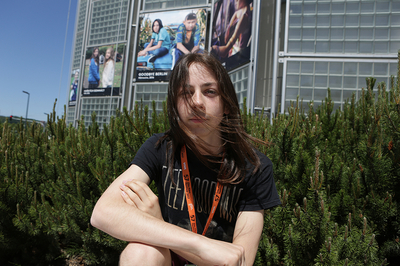 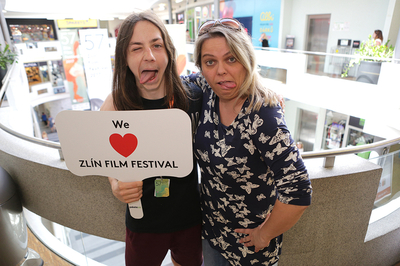 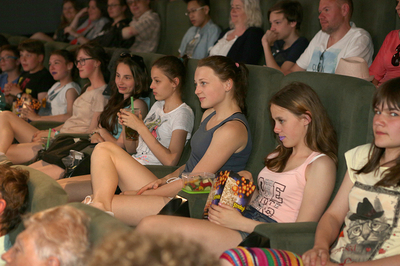 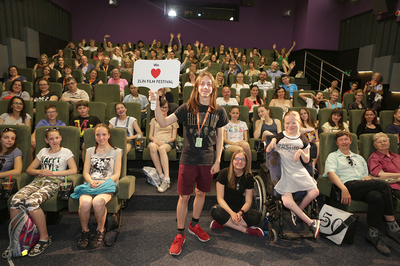